Beer Pong-No other party games are as well-known and well-liked as beer pong. It’s not just a party drinking game! It’s a game of skill and a little luck, and it can be enjoyed by just about anybody! When hired in combination with one of our superb jukeboxes it guarantees you’ll end up with a great night for all. Popular for Bucks nights, home parties and corporate events. 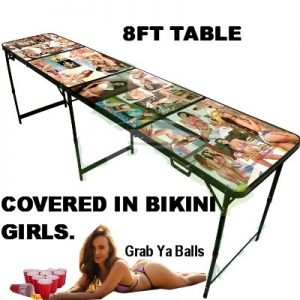 $35 Each When Hired With A Jukebox Music Or Karaoke. 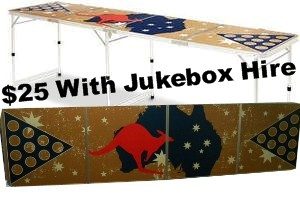 Here is a reference on how to play Beer Pong.

Beer pong is played with two teams of two people that stand at opposite ends of a beer pong table.

This entry was posted in Marquee Tables Chair Hire Perth. Bookmark the permalink.